As experts in the restoration of historic windows, we are here to help you renovate your listed home.

Therefore, we would like to give you a brief overview of what is important when it comes to professionally restoring old windows and shutters. 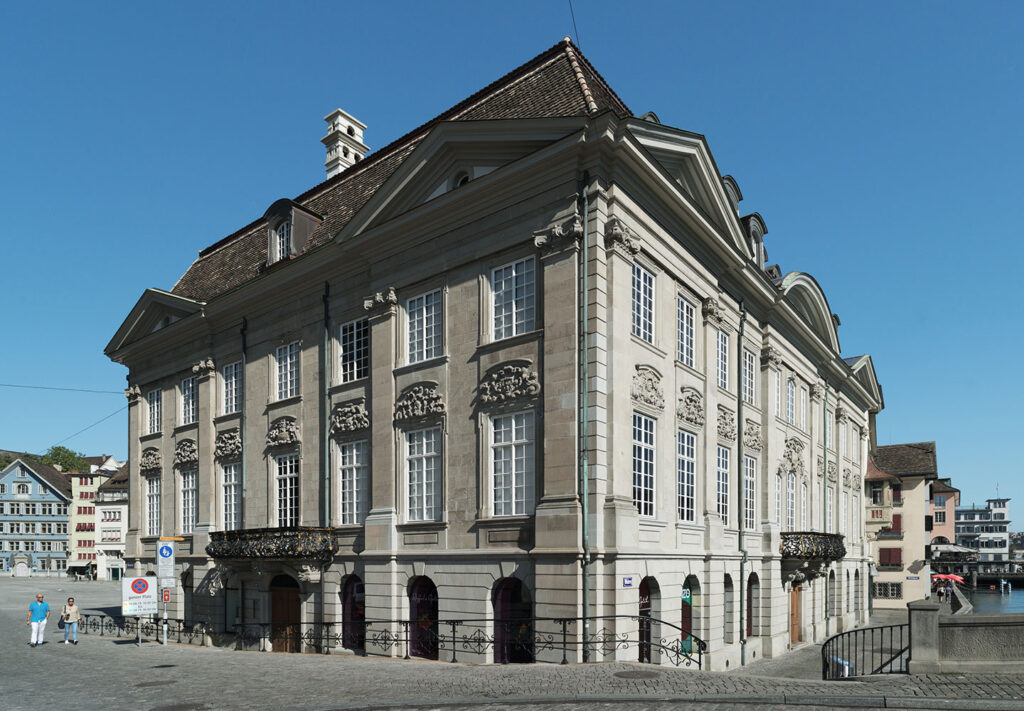 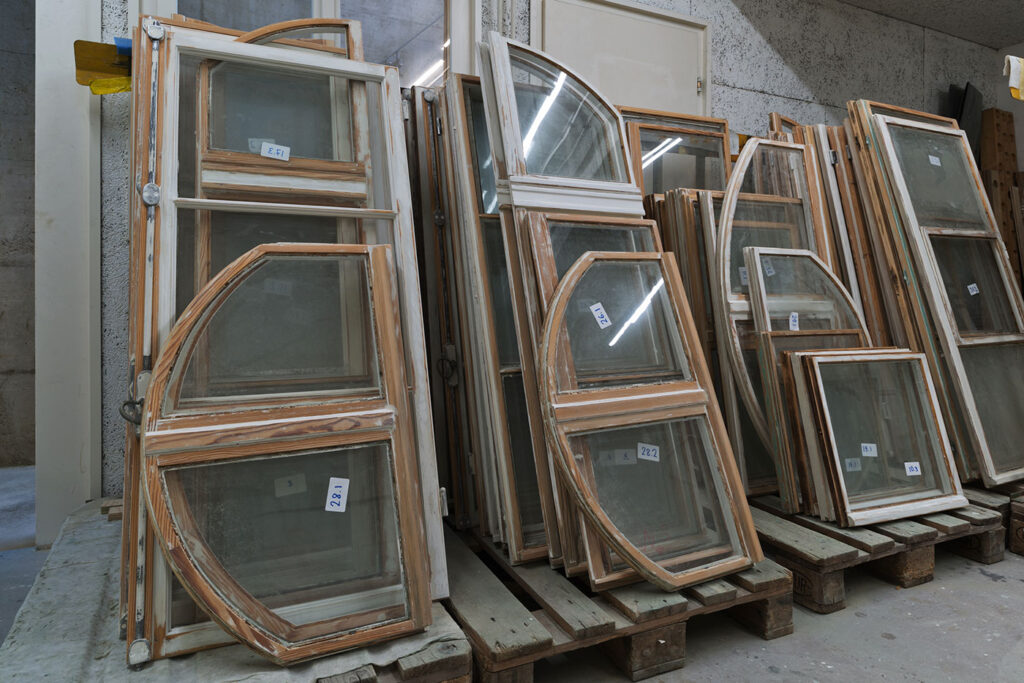 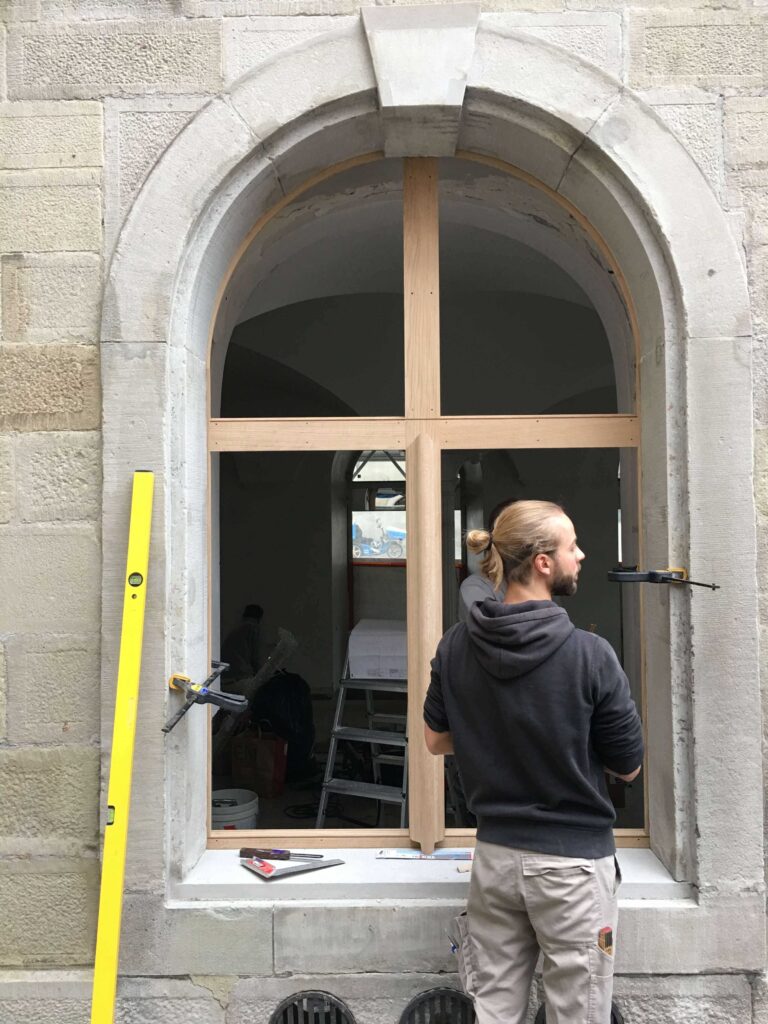 Windows into the Past

Friends of old buildings love the historic flair that old buildings still exude today. Especially in the original state of preservation, the buildings are impressive witnesses of our cultural heritage. Depending on the era from which a listed building originates, the windows also display their own individual features that give the building its character. In medieval houses, for example, the windows were arranged rather irregularly, while in baroque buildings they were strictly symmetrical.

The older the listed house, the less likely it is that the original windows from the period of construction have been preserved. Nevertheless, in Zurich, for example, there are buildings with windows that are already well over 200 years old. Such old windows are a real treasure – in three respects: In a well-preserved condition, they often increase the overall value of the property considerably thanks to their beauty and skillful appearance and workmanship. When removed, such historic windows are valuable as authentic window replacements in renovations of buildings of the same era.

We at Schreinerei Eigenmann are therefore particularly proud to have a large assortment of original window panes from past eras available for our customers. And ultimately, these old window frames serve as important demonstration material for skilled craftsmen and preservationists, enabling them to recreate windows as faithfully as possible to the original.

Depending on the location of the building whose windows are to be refurbished, various experts and authorities must be brought on board in advance. In the core zones of cities, the protection of historical monuments is often particularly strict – after all, the harmonious appearance of the old town should be preserved. But even in the case of individual municipal protected objects, building owners must have restorations approved.

And the windows play a major role here. It is important, for example, that the arrangement of muntin windows, as well as the profile, the material and the color of the windows, correspond as closely as possible to the original windows. 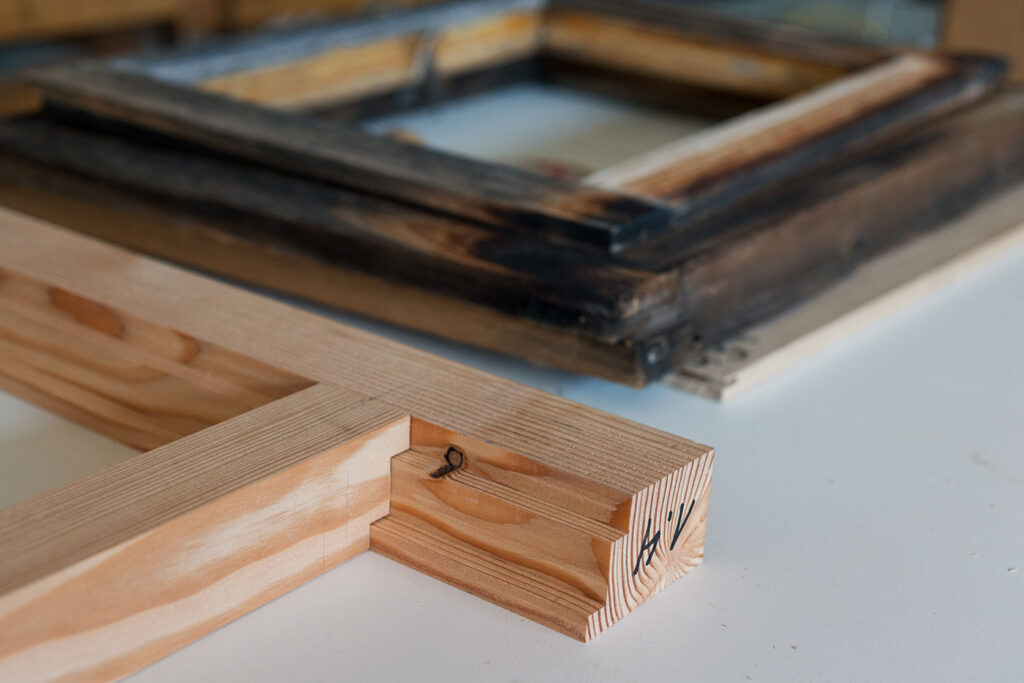 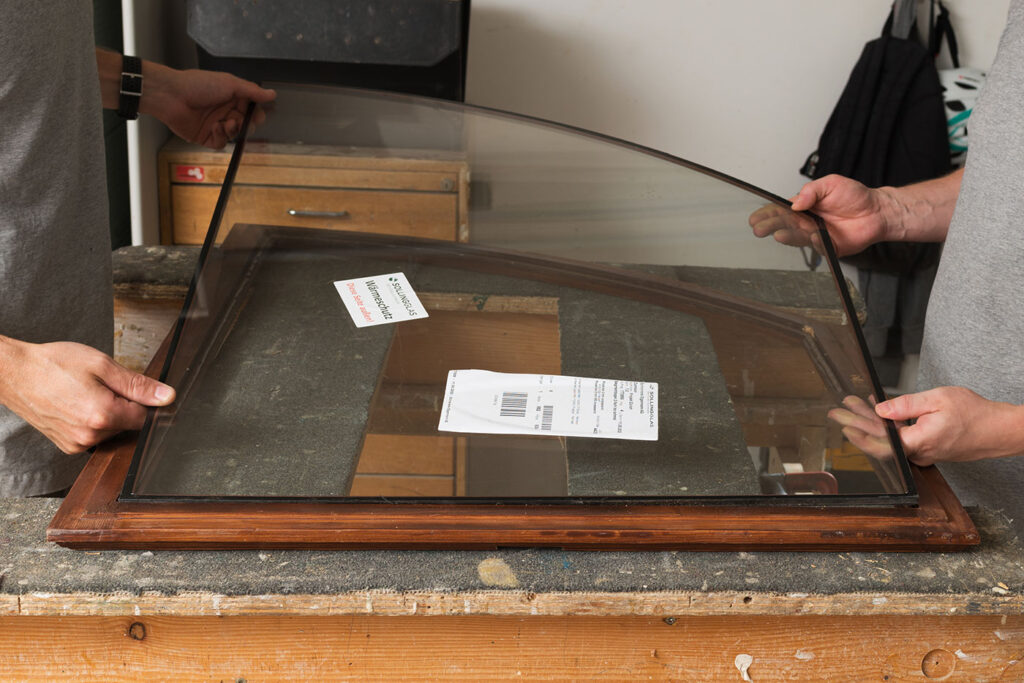 Especially, if in the course of time windows have already been replaced improperly, it is desirable to try to restore the original optical condition. To achieve this, we, our fellow craftsmen, the preservationists and, of course, the building owners themselves proceed like detectives: Can traces of the original paint still be found on the old window under many layers of varnish? Are there old photographs or paintings on which the original design of the windows can be seen?

These findings then form the basis for the detailed restoration plans that are submitted to the Office for the Protection of Historical Monuments for approval. Thanks to many years of experience in the restoration of listed windows throughout Switzerland, we are very familiar with the regulations and are of course available to provide you with expert advice.

"As old as possible, as new as necessary" could be the motto for the restoration of historic windows. Therefore, the question arises with every restoration: window preservation or window replacement? The answer to this depends on various aspects: Condition of the windows, goal of the restoration or renovation of the listed house, but also the economic efficiency for the building owners play a role here. 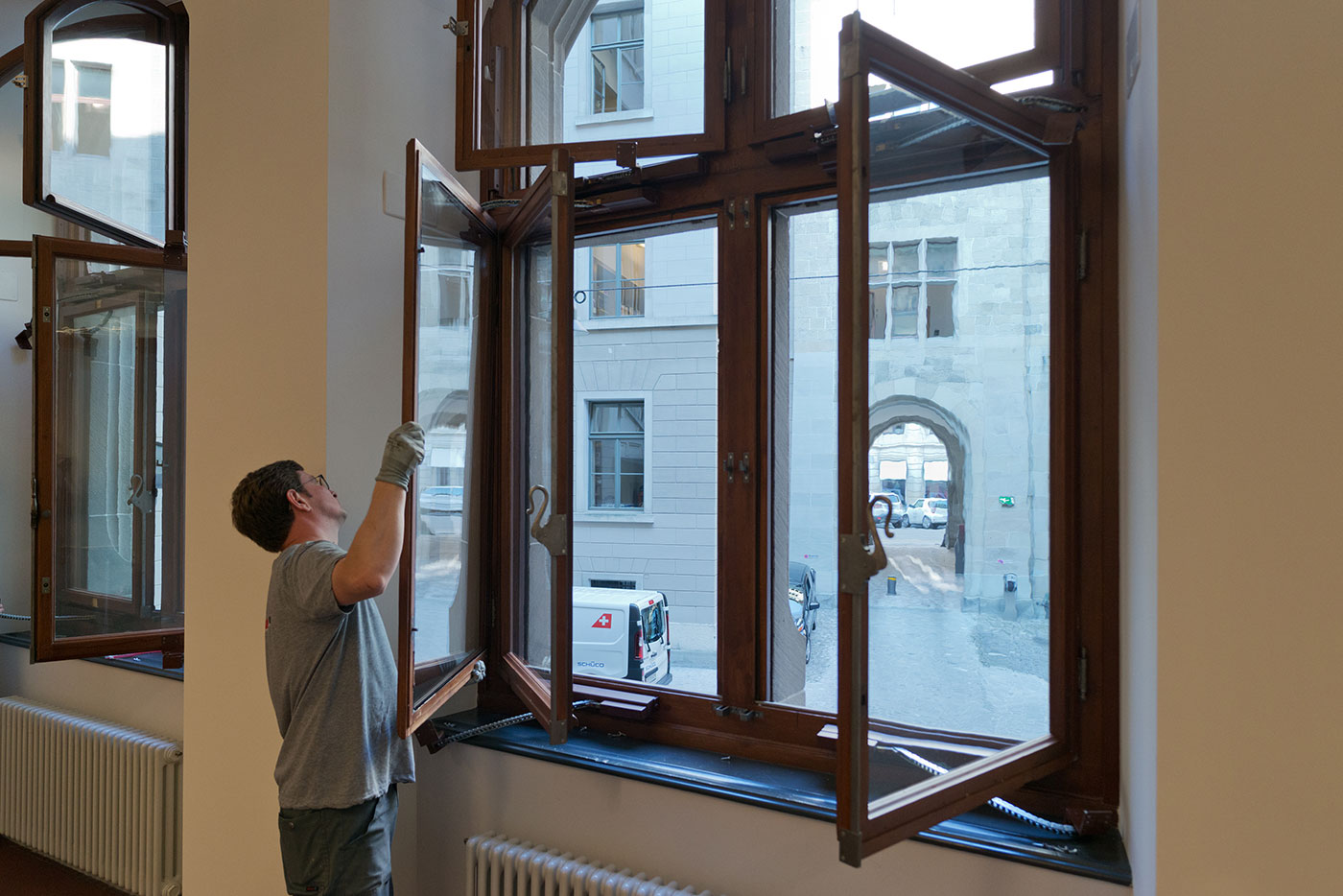 "As old as possible, as new as necessary" could be the motto for the restoration of historic windows. Therefore, the question arises with every restoration: window preservation or window replacement? The answer to this depends on various aspects: Condition of the windows, goal of the restoration or renovation of the listed house, but also the economic efficiency for the building owners play a role here. 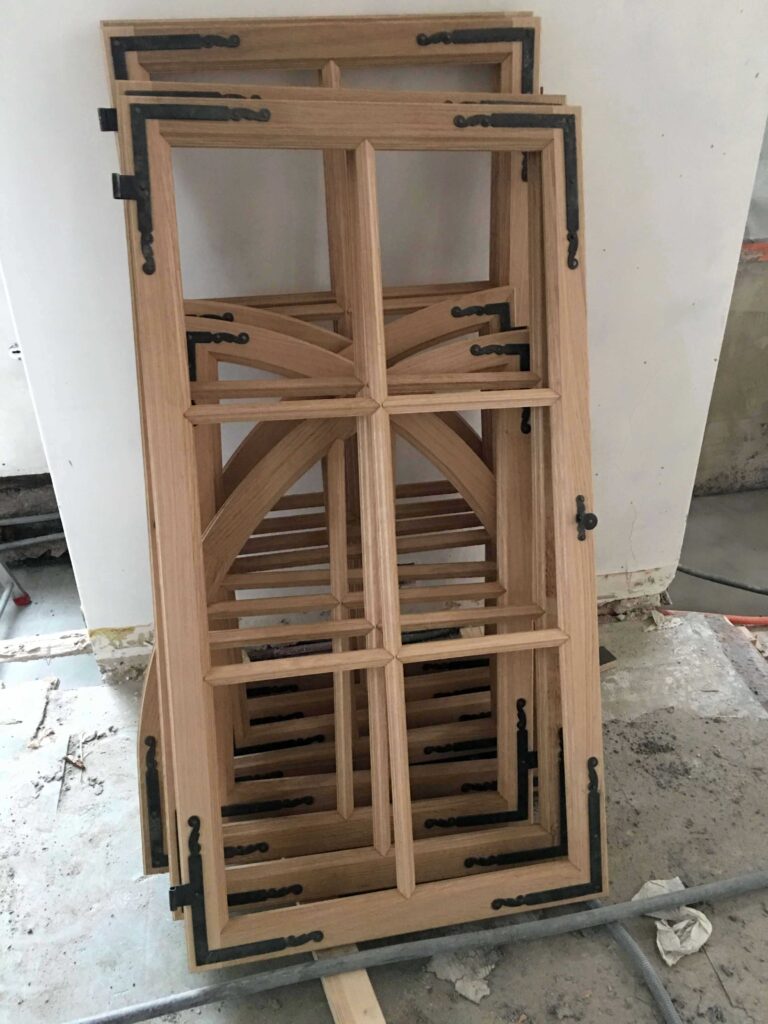 Preserving windows from the more recent history for as long as possible is the desired ideal. To achieve this, it is important to carefully care for the old window like you would for a cherished classic car: Have brittle putty replaced, oil the hardware, and have weather-sensitive wear parts professionally replaced.

If the window is leaking or does not meet your requirements in terms of insulation, there are also ways to give the old window a gentle makeover: For example, add panes of insulating glass or install additional seals, while preserving the old window frame. In this way, you improve the energy efficiency of the house while still preserving its historic character.

In our experience, a process originating from Asian, which uses vacuum window glass, also offers valuable options when restoring historic windows. Our experts can assess whether your historic windows can be responsibly modernized and preserved in this way during an on-site appointment. 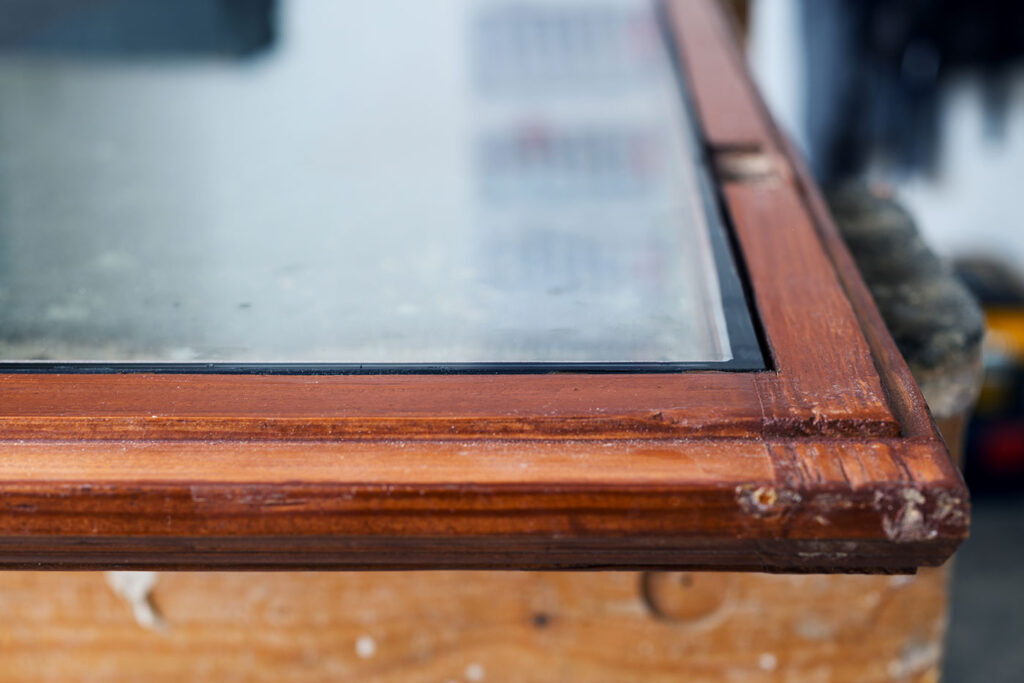 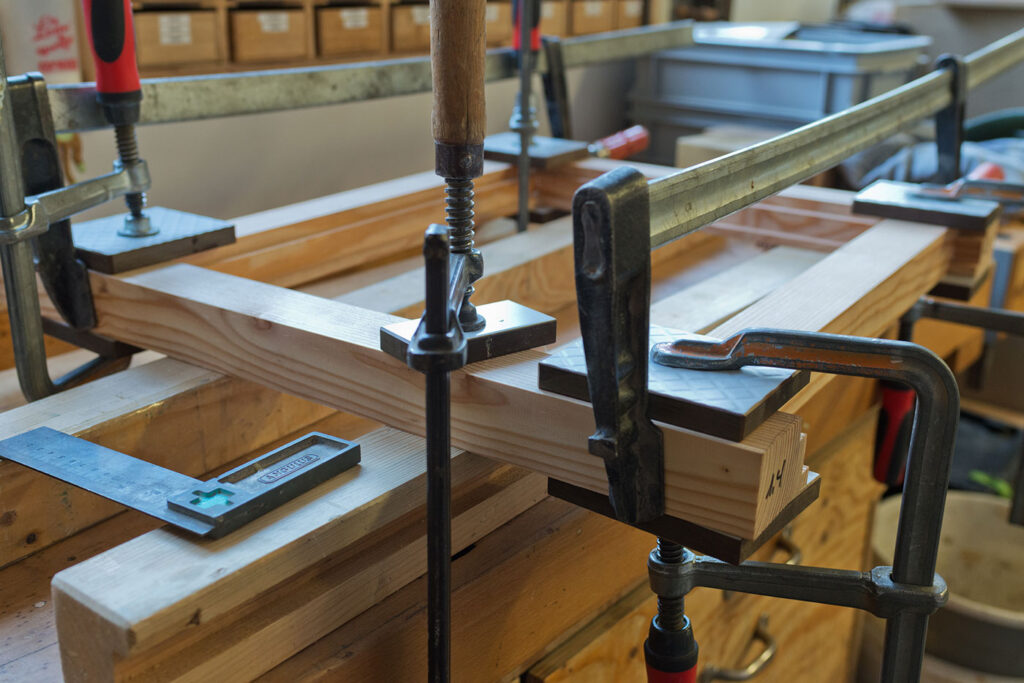 If it is no longer possible or sensible to preserve an old window from a craftsmanship, construction or even economic point of view, the window must be replaced in accordance with local historic preservation guidelines. Ideally, one of the windows in our historic window collection will fit your house. But even if a completely new window is needed – or if entire house fronts are to be fitted with new windows in the case of large listed buildings – we ensure that the window replacement exudes the authentic charm of past centuries.

With the highest level of craftsmanship, we manufacture the window frames and shutters that correspond to the antique models and fit harmoniously into the area character of the surrounding buildings. To be able to reproduce the original appearance, it may be necessary to make concessions with regard to the thermal insulation values currently stipulated by law. If your house is a listed building, it is therefore worth applying for an exemption and checking individually how the energy balance of the house can be improved in other ways. 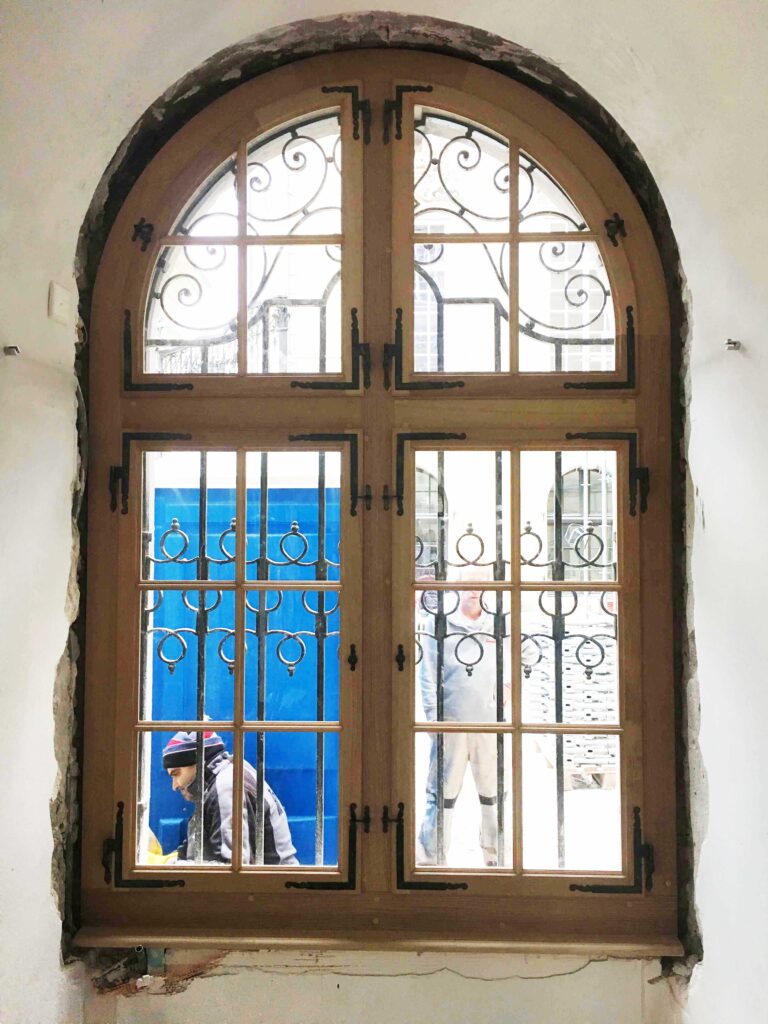 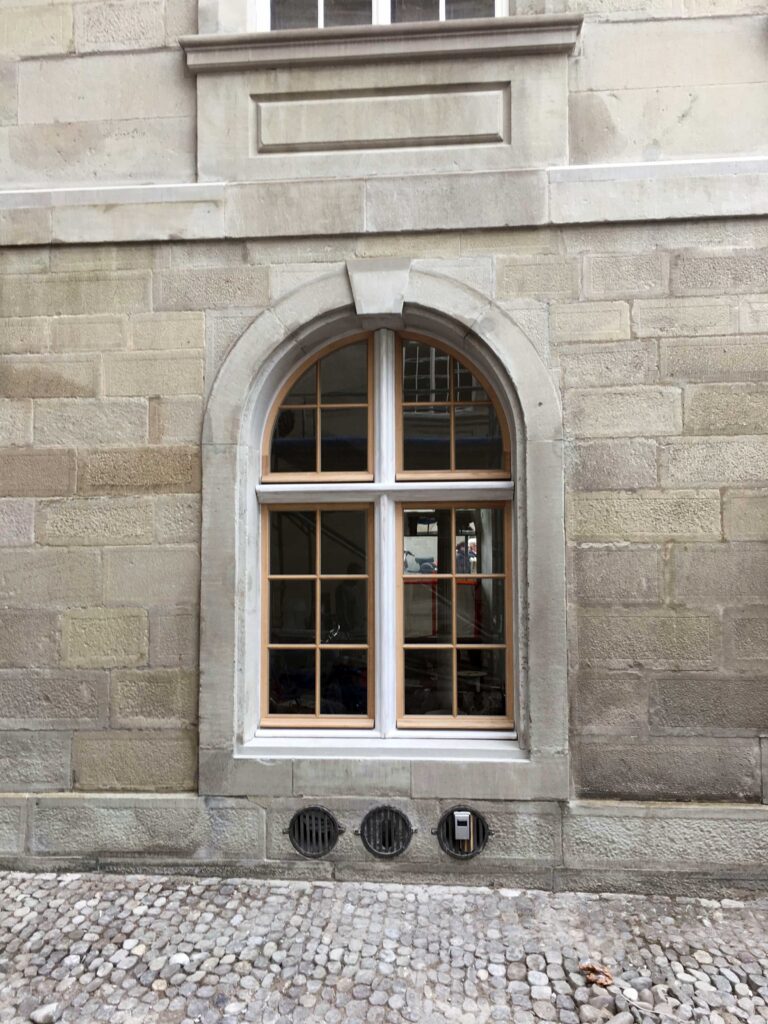 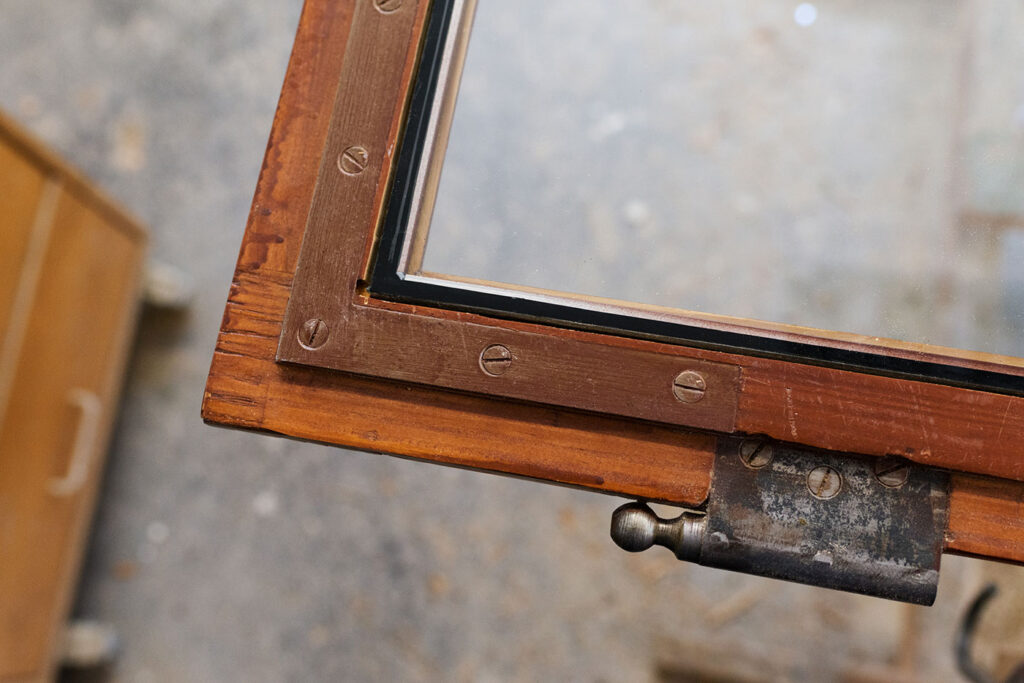 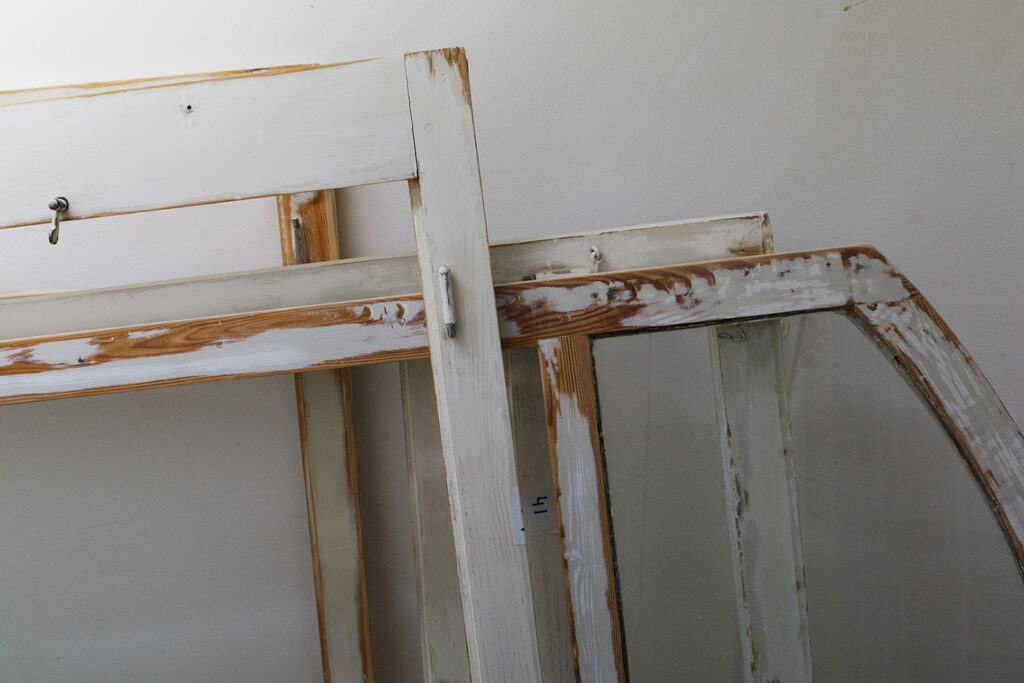 Our Craftsmanship for Your Listed Old Building

If you too own a listed house in a core zone or an otherwise inventoried or listed property, we are your contacts when it comes to window restoration.

As passionate carpenters, we are experts in working with wood – the classic building material of historic windows. Our heart belongs to the detailed, high-quality restoration and renovation of your building. Whether it's a crooked cottage or a grand building – you can rely on our many years of expertise and close cooperation with the authorities responsible for the preservation of historical monuments.

Please get in touch and we look forward to getting to know you and your listed property! 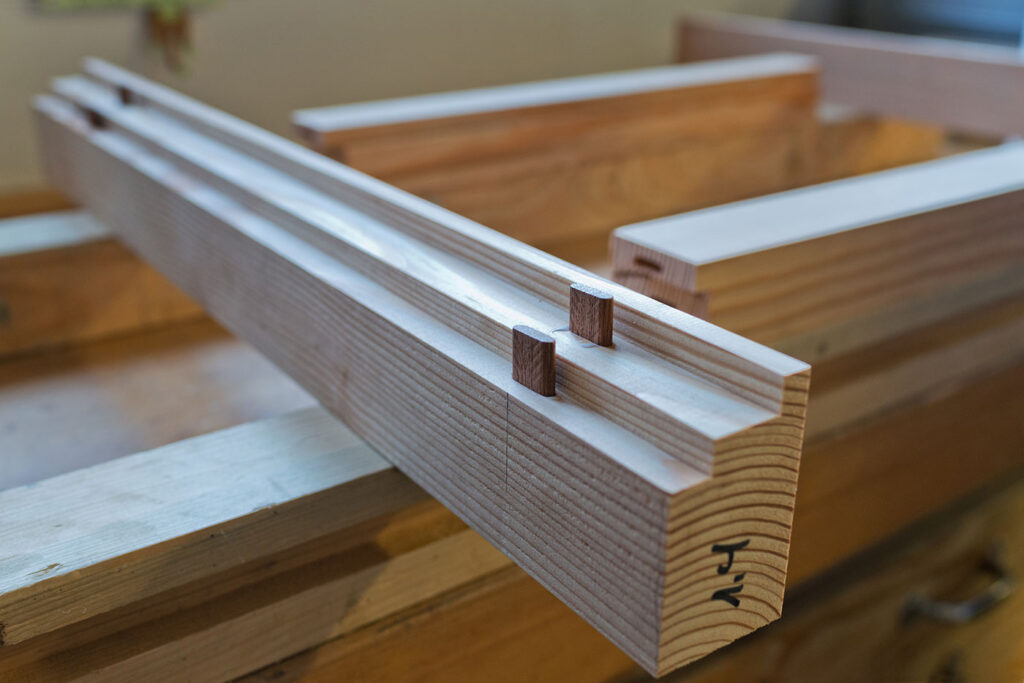 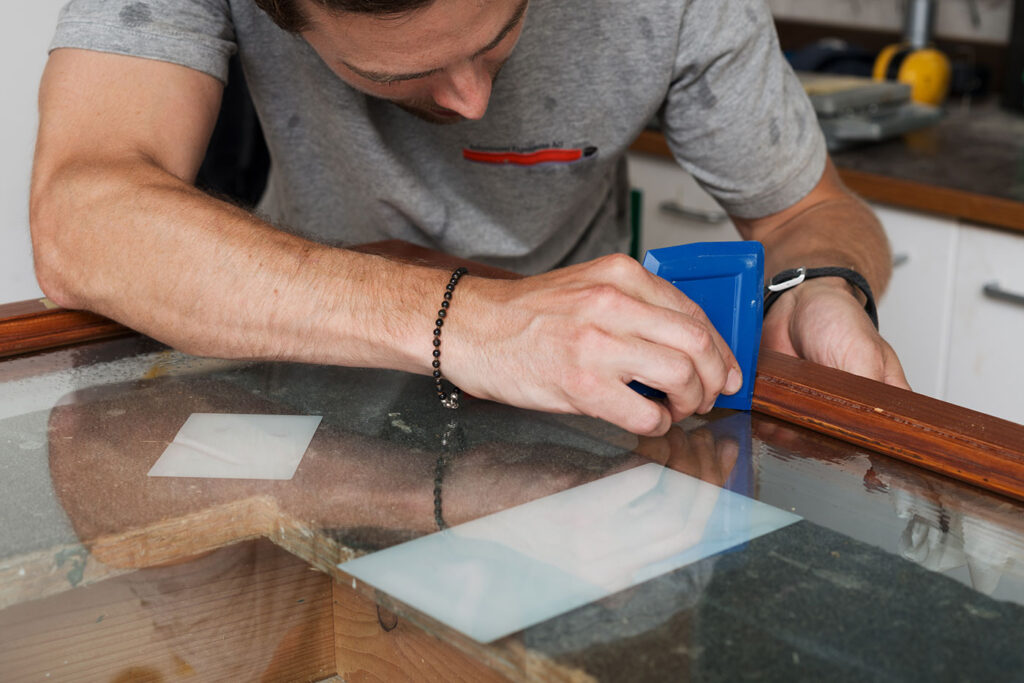 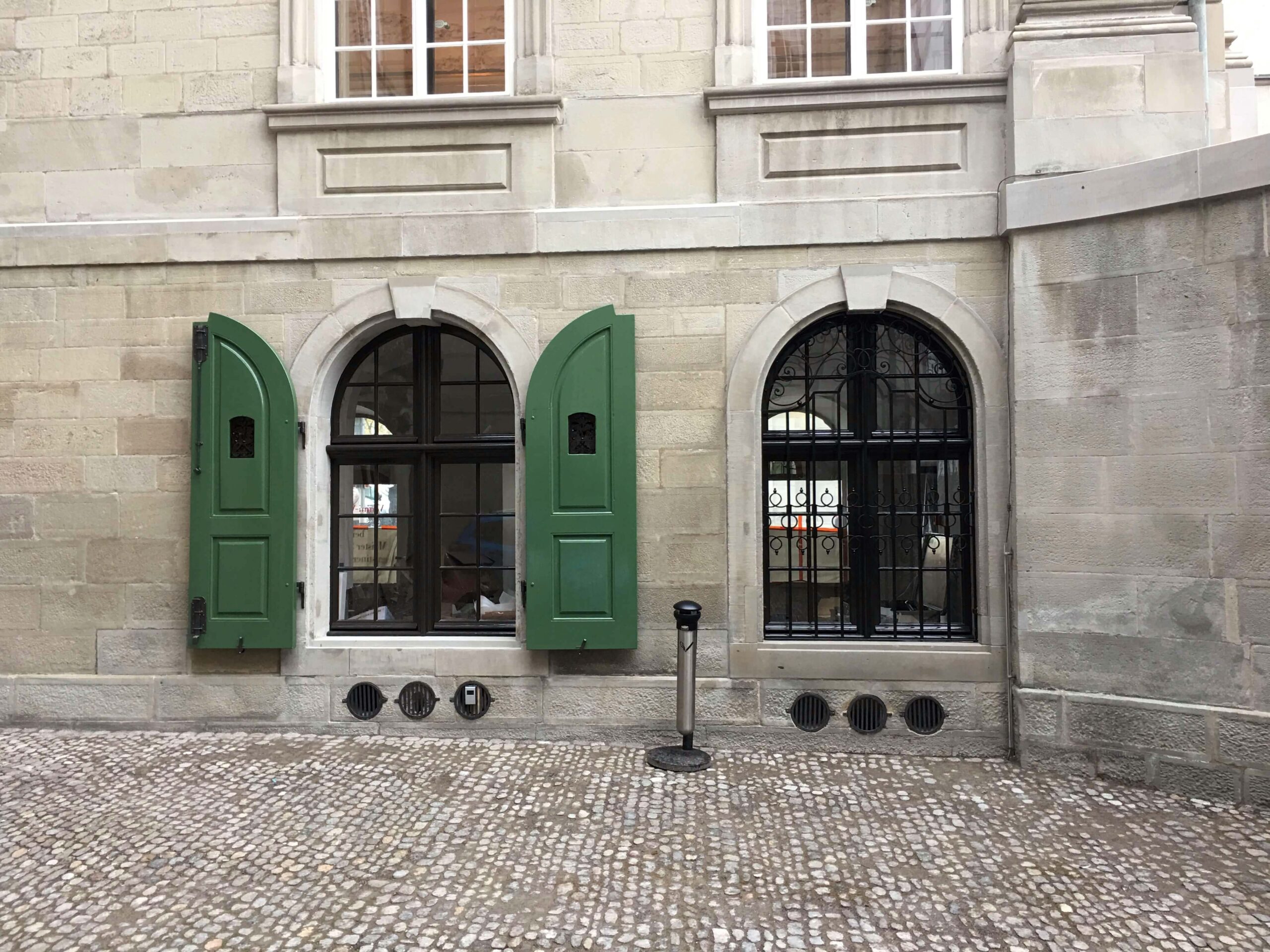